Reflections on the Massacre at Mother Emanuel 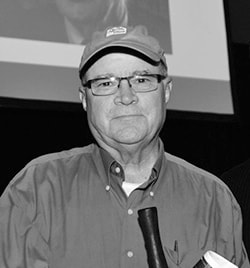 In the introduction to his book the Social Teachings of Black Churches, Peter Parris says that Black churches have at the center of their social teaching a Biblical Anthropology that is based on the Biblical narrative of the Creation.  In the Genesis account we are told that all human beings are created in the likeness and image of God.  Parris says that African American Churches teach that this means all human beings are equal and kin because we are all children of the one Creator.

Parris goes on to say that this anthropological theology defines how black churches approach the world.  He says that white people historically were accepted as members and even Pastors of black congregations because they accepted this very basic tenant of the African American Church.

On Wednesday evening a young man who authorities believe has white supremacist views, entered the historic Emanuel AME Church in Charleston, South Carolina at 8 p.m. as mid-week Bible study was in progress.  The young man asked to see the Pastor, Reverend Clementa Pinckney, and Rev. Pinckney asked the young man to sit next to him during the Bible study lesson.

After the lesson ended, this young man began killing those who had gathered to study the Bible, those same people who had welcomed him into their historic church, as they have always welcomed and embraced visitors from around the world.  He experienced the practice of the Biblical Anthropology that has been at the center of Emanuel since it broke off from the predominantly white Charleston Methodist Episcopal Church in 1816 and was officially co-founded by Morris Brown in 1818.

Emanuel AME, the oldest African American Episcopal Church in the south, has stood throughout its history as a beacon of hope, teaching the Biblical Anthropology in opposition to the dominant social anthropology of the country, white supremacy.  In 1822, Denmark Vesey, Mother Emanuel’s other co-founder, along with other members of Emanuel, plotted what would have been the largest slave rebellion in the country. Vesey and five other members of Emanuel were executed when the plot was discovered.  Shortly after the rebellion was foiled, Emanuel was burned to the ground.  The white establishment of Charleston and the state of South Carolina were so frightened by the plot that they built a fortress, the Citadel, which aimed its guns toward the houses of the Emanuel members.

Despite the loss of the church building Emanuel continued to thrive and was often the beginning station of the Underground Railroad.  For many years it was forced to function underground, but despite these obstacles Emanuel stood as a symbol against white supremacy.  Emanuel continued to proclaim that all of God’s children are kin.  Emanuel’s very perseverance as a congregation stood as a vibrant testimony against the false ideology of white supremacy.

The gunman who entered Emanuel on Wednesday night experienced the welcoming of the stranger as an unknown brother.  Despite this, the hatred and rage within him, spawned by the ideology of white supremacy, led him to take the life of the Pastor and eight other congregation members who had welcomed him. This despicable act cannot simply be passed off as the act of a lone deranged man, but must be seen as a product of the original sin of this country, the ideology and even theology of white supremacy.  We have come a long way around race in this country; however, until we fully deal with the demons unleashed by the false doctrine of white supremacy we will continue to see events like the massacre at Mother Emanuel.

Many ask how do we deal with exorcising the demons of white supremacy?  There is no easy answer or formula.  However, for the last almost 31 years I have been a part of a guild of organizers called the Industrial Areas Foundation.  IAF, founded by Saul Alinsky in 1940, is the nation’s oldest and largest network of organizers.  IAF partners with local institutional leaders to build local non-partisan political organizations aimed at crossing the divisions of community life to build vehicles of civic engagement that we call Broad Based Organizations.  The major division or road block to constructive civic engagement is the construct of race that grows from the false doctrine of white supremacy.

Organizations like Working Together Jackson, a coalition of some 43 institutions in Jackson, Mississippi, are deliberately organized across racial lines.  Working Together Jackson was publicly founded in June of 2012, after three years of Sponsoring Committee work, carefully building relationships across racial, religious, political, and economic divisions.  These years of groundwork have helped to achieve a measure of public trust that crosses racial barriers and testifies to the Biblical notion of kinship of all creation.

Acting together through this new found trust that flies in the face of the white supremacist history of Jackson, the leaders of WTJ have created the first Housing Trust Fund in Mississippi, as a financial instrument to combat the blight that plagues most of Jackson’s predominantly black neighborhoods.  The leaders crossed race to secure 6,600 signatures in one month on a constitutional amendment proposal to fully fund public education in the state. In one week they secured 3,000 yes votes on a ballot initiative to rebuild the crumbling infrastructure of Jackson and to invest $1.2 billion over 20 years in rebuilding Jackson.  WTJ is also crossing racial lines to partner with the city of Jackson to recruit and train underemployed and unemployed local residents to fill the living wage jobs produced by this infrastructure reinvestment program.

This evidence of our work is not enough to prevent other tragedies like the one that occurred in Charleston on Wednesday, but the slow and systemic work of building public relationships that teach in word and deed the Biblical Anthropology proclaimed by Mother Emanuel is part of the solution to exorcising the demons of America’s original sin.