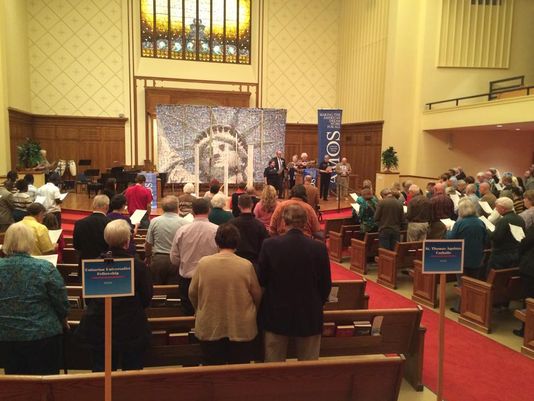 BUILD - 37 Years of organizing excellence in baltimore, md
not over yet by a long shot

Keep an eye out!

Durham is not Ferguson.  Why?

"DURHAM, N.C. — One month after a Latino youth died from a gunshot as he sat handcuffed in the back of a police cruiser here last year, 150 demonstrators converged on Police Headquarters, some shouting “murderers” as baton-wielding officers in riot gear fired tear gas."  The New York Times story goes on with a startling reversal.  Read it here.

"It pains me to say this, but I now believe that the effort going into raising the minimum wage and passing living-wage bills fails to address the fundamental cause of low wages and terrible conditions: a lack of worker power. Those who believe, as I do, that workers deserve a living wage and decent benefits, can’t ignore the fact that twenty years of mobilizing around higher minimum wages and legislated living-wage standards have not closed the wage gap."  Read the full text by Jonathan Lange in the Nation Magazine here. 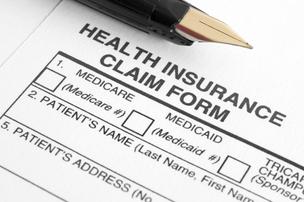 Fast food, junk food and no food to give way to healthy food at reasonable cost.  TBR steps into food gap in Baton Rouge.  Story here.

Building a Gun Violence Strategy from the Bottom up 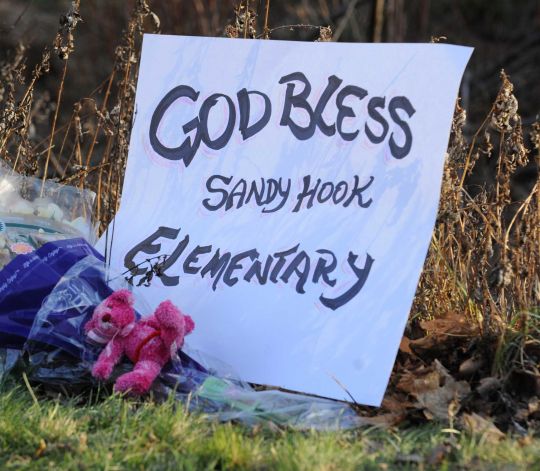 Just when you thought the NRA was cleaning everyone's political clock along with their guns, along comes Metro IAF and West Chester United with a smart strategy that leverages broad based local power with a national vision.  Have a look here. 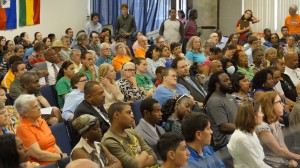 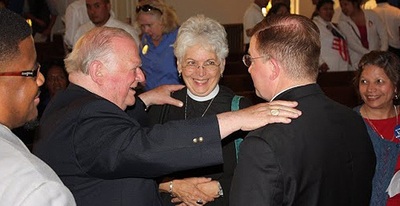 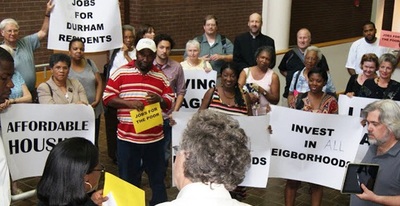 From the Triangle Tribune:  "Durham CAN has achieved a lot in 2014, including launching a comprehensive early plan for affordable housing around the transit station, beginning a review of the zoning incentives for affordable housing, Durham Public Schools expanding the Universal Free Breakfast program to all students in the district, the city council’s recently implemented recommendations on police profiling, and more".  Triangle Tribune story here.  Durham News weighs in here.  Want more?  Visit Durham CAN website and get up to speed:  http://www.durhamcan.org 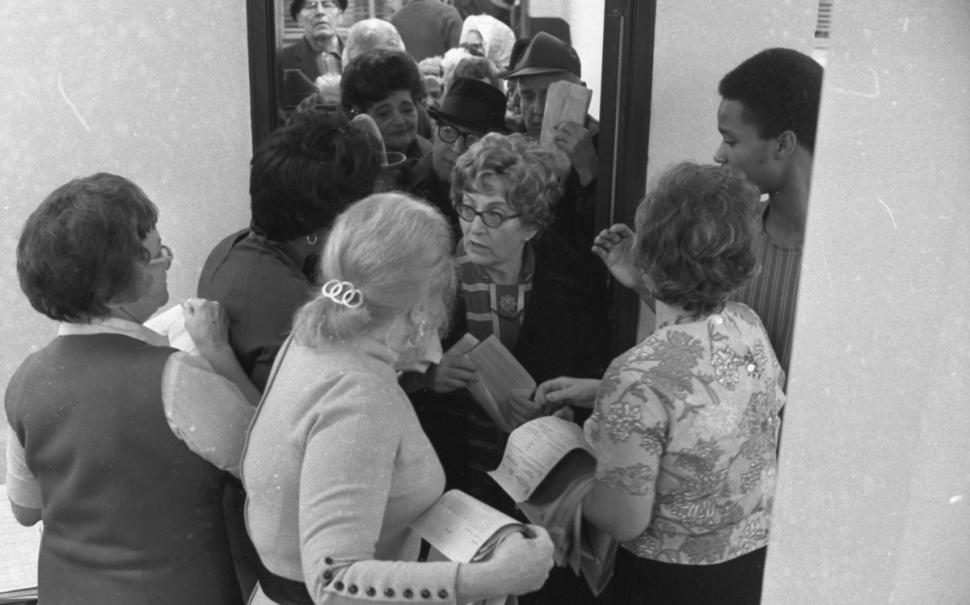 And guess what?  NYC isn't alone in the denial of generational needs. 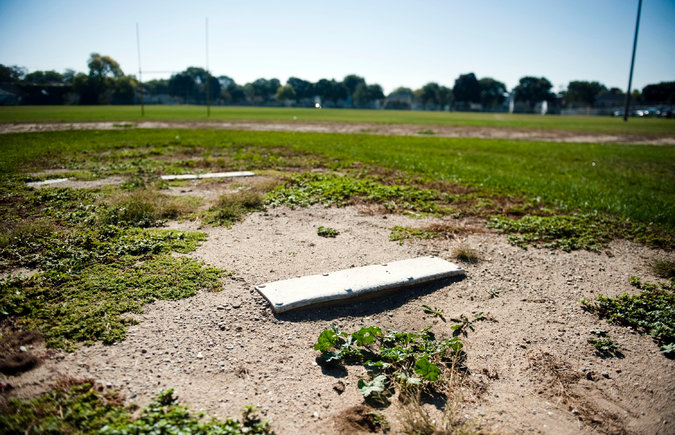 A New York Times story captures the battle for better playgrounds, parks and schools in Milwaukee, Wisconsin being waged by Common Ground  v. hedge fund mega bucks.  Required reading for anyone interested in how to engage big power and money on a matter of great local importance to local residents.

"Then there’s another proposal. Southeastern Wisconsin Common Ground — a splendid coalition of churches, community groups, mosques and synagogues — stifled the temptation to shout “No!” to the prospect of funneling precious tax dollars to billionaire owners and millionaire players and coaches.

Keisha Krumm, an organizer for Common Ground, offered brutal realism. “They are going to get their arena — I don’t have any doubt about that,” she said. “So let’s get something out of it.”  For the full story go here. 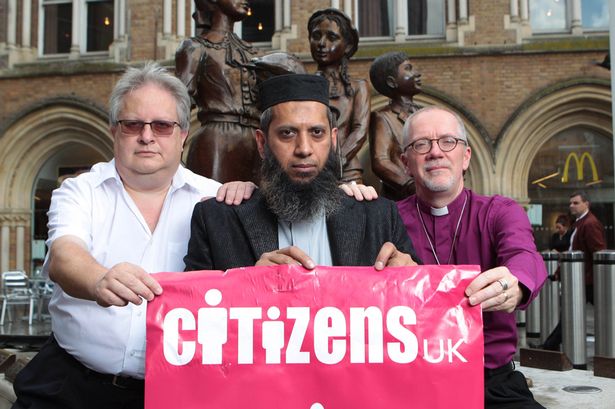 Rabbi Danny Rich, Chief Executive of Liberal Judaism, Iman Suliman Gani, Muslim Chaplain of St. George's Hospital and The Rt. Reverand Jonathan Clark, Bishop of Croydon at the Kindertransport Monument at Liverpool St. station
Citizens UK practices a different kind of politics.  British-based faith leaders will use next week’s Jewish festival of Sukkot – when temporary shelters are built to remember how Jews fled persecution - to call for the UK to offer shelter to refugees from the war-torn country.  Story from the Mirror here.

PCIC puts the public back in Arizona politics 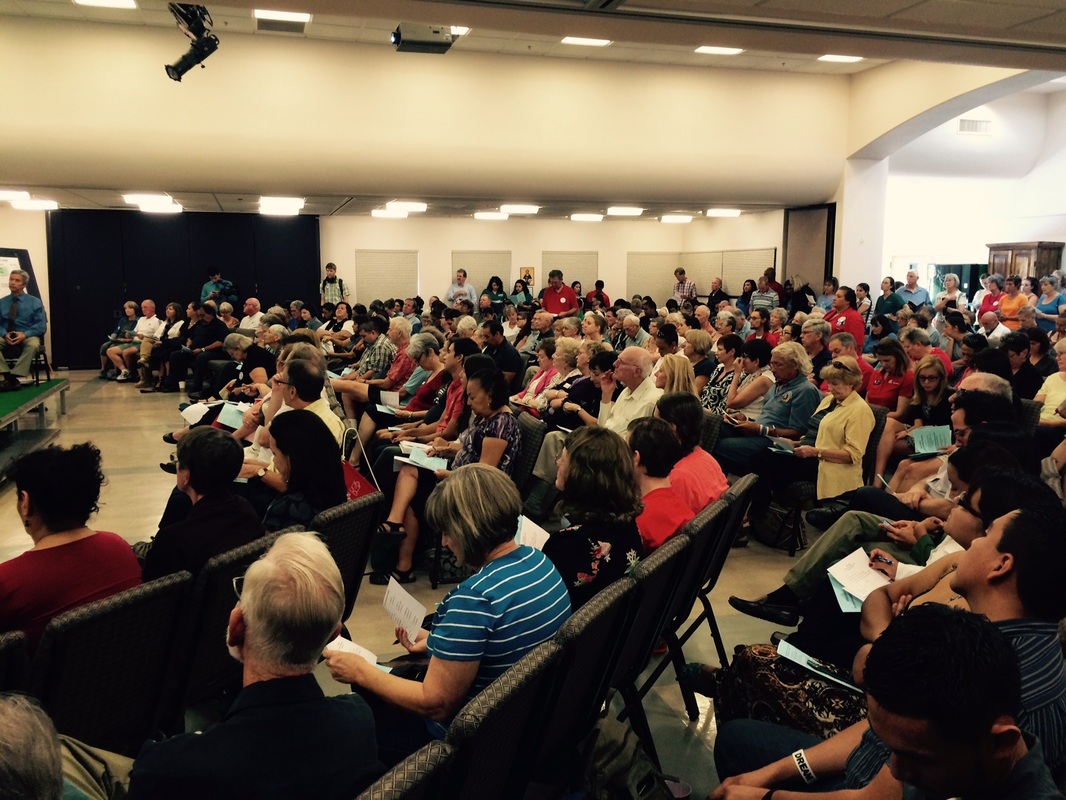 PCIC Accountability Action, Sept 28, 2014 at Most Holy Trinity Catholic Church, Tucson, AZ
The list of candidates present was long,  the education focussed issues many and the turnout huge.  PCIC (Southern Arizona including Tucson) made it all work by driving forward a series of initiatives that will make Arizona a much better place to live and learn.  Adult education, K-12, Family Literacy, JobPath, Pima Community College and the University of Arizona - all stepped forward together with religious and non profit leaders to build power and galvanize change.   For local media go here.

Aussies step up Down under 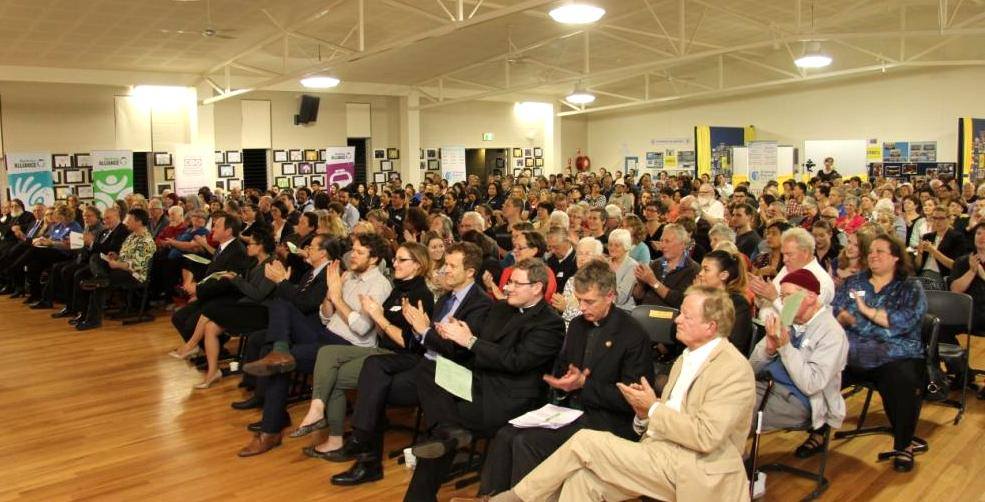 A packed hall of leaders from across Sutherland and St George gathered to get commitments from the Transport Minister Gladys Berejiklian about transport, and local MPs about the Sydney's housing affordability crisis.  If you wonder what the future of social movements should look like around the globe look here.

Crank It UP!  Politics done right

"Fair play" is no ordinary campaign

Common Ground released it’s newest report entitled ‘Envisioning Fair Play’. It includes estimated costs for the first 11 fields and play spaces identified as being in need. It also includes renderings that show what they could look like. Read more here >> http://bit.ly/EnvisionFairPlay

The African Immigrant Caucus Steps up on Ebola crisis

Seeks to Advance Forced Sterilization on Own Radio Show
"You put me in charge of Medicaid, the first thing I'd do is get [female recipients] Norplant, birth-control implants, or tubal ligations. Then, we'll test recipients for drugs and alcohol, and if you want to [reproduce] or use drugs or alcohol, then get a job."
Resigns Key AZ State Republican Party Position.  WaPo story here. 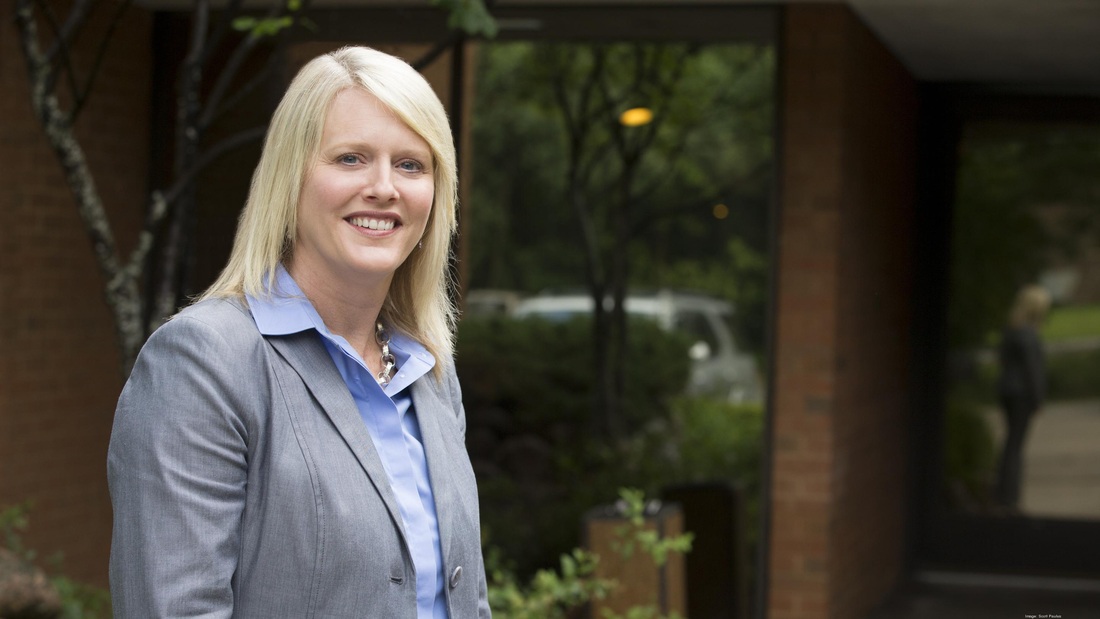 What it takes to build, sustain and grow an IAF organization 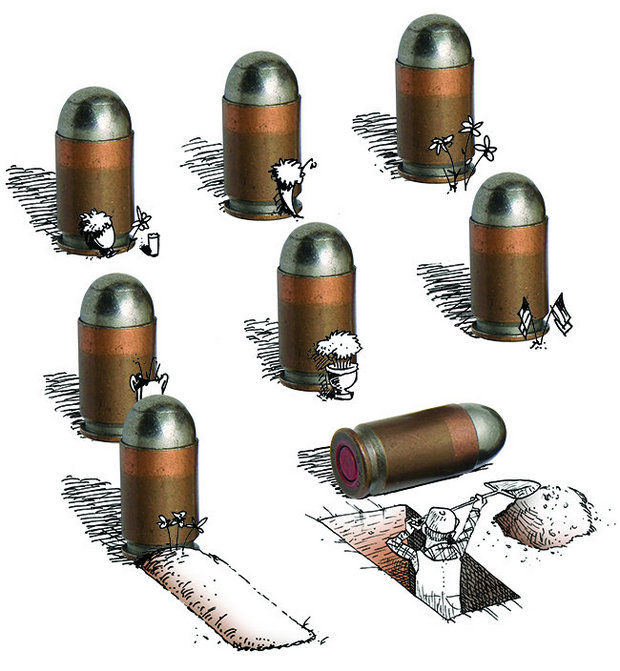 IAF:   A UNIVERSITY OF PUBLIC LIFE 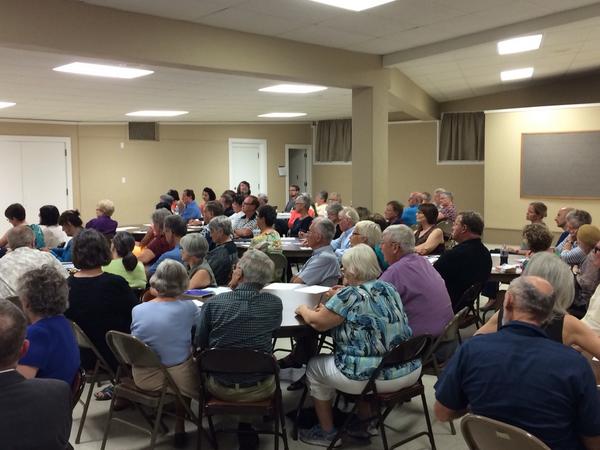 Oracle, AZ is not Murietta, Ca
Here's Why

For more, take a look at this video by Dennis Gilman.  "Oracle, AZ Is Not Murietta, CA" here.
Read a statement by Bishop Gerald Kicanas, Catholic Diocese of Tucson, here.

Get the skinny here.

"Thousands of immigrant children who have entered the U.S. illegally are being held in crowded, foul-smelling holding cells in South Texas until they're transferred to shelters."  -USA Today

"The little children in great danger, holding hands, staring blankly ahead, are pawns in a larger game. That game is run by adults. How cold do you have to be to use children in this way?"  -Peggy Noonan, Wall Street Journal

We are distressed by the cries of the young mothers, children and adolescents now detained under terrible conditions at our southern borders.  Moreover, we suffer with them.  We remember that in many ways, our own government policies have contributed to the untenable conditions now driving the refugees to our gates. They are refugees fleeing the drug and gang wars in homelands that currently boast the highest murder rates in the world."  READ THE COMPLETE LETTER/ON LINE PETITION HERE.   Act now, act fast! 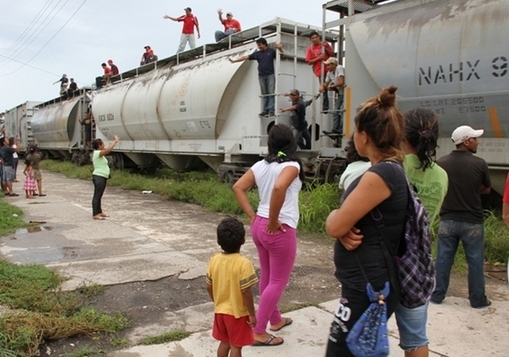 How it works right now

IAF Nuns Get It Right 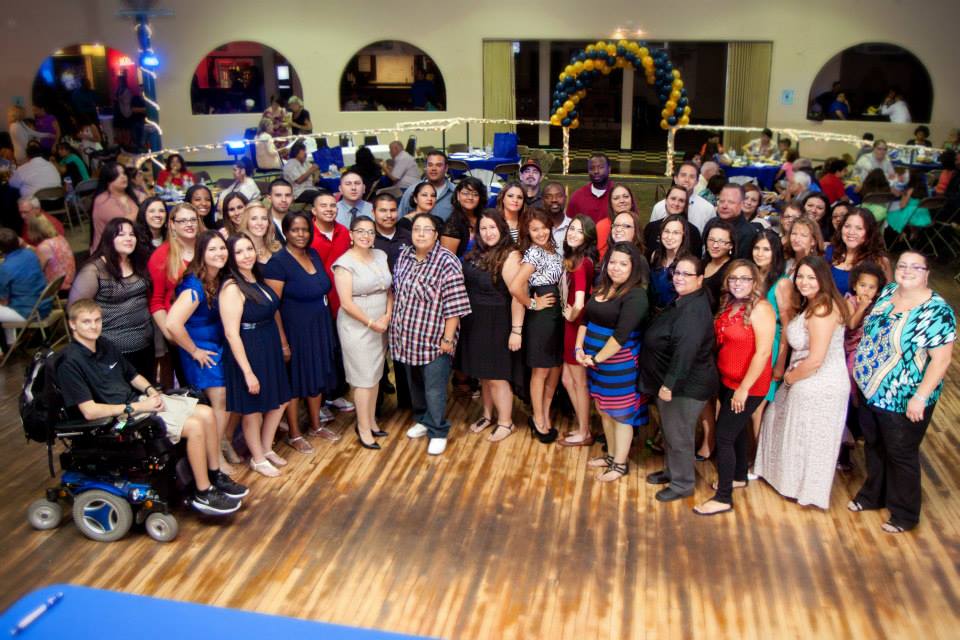 JobPath 2014 Graduates Celebrate Achievement
It's not rocket science but moving individuals from low wage or no wage jobs to high wage jobs in Arizona takes a big political constituency - in this case Pima County Interfaith Council (PCIC) - a sound concept, dedicated staff and a sharp eye for job trends.  JobPath delivers on all fronts.  As a consequence Tucson and Pima County are much better off.   No surprise that attendance at the 15 year anniversary celebration topped 400. 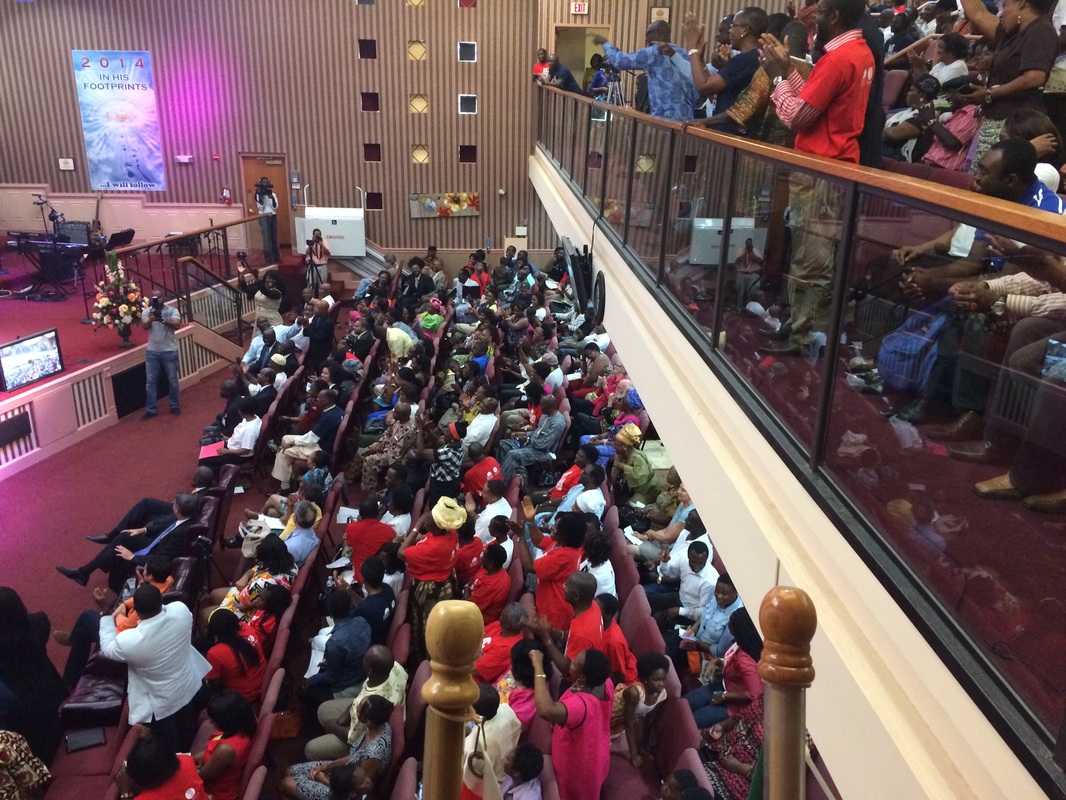 EBC in the Streets of Bushwick...Again!
Hard Press NYC for Better Parks for Families