Further Reflections in the Wake of the Massacre at Mother Emanuel 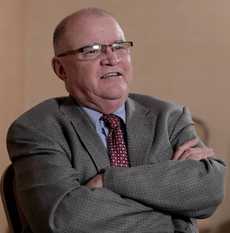 The aftermath of the massacre at Mother Emanuel has led me back to a frequent topic of my reflections: fear.  These reflections are not around just random fear but fear deliberately created to preserve the system of white supremacy.

I am 64 years old.  I was born in the foothills of the Appalachian range in northeast Mississippi near the Alabama and Tennessee borders.  This part of Mississippi in the hill country had few African Americans.  However, at the age of one and a half we moved to West Point, in the Tombigbee Prairie, where rich flat lands created by the pre-historic floods of the Tombigbee River left land that in antebellum times was rich and lush.  This was the land where cotton raised by slave labor was King.  At the age of 14 I moved deeper into the land of King Cotton, the Mississippi Delta.  Growing up in West Point and Greenwood, where over 50% of the population was black, helped form my world, my thinking, and even my emotions.

Clay County, where West Point is located, gave birth to Howlin Wolf, one of the greatest blues men ever. Leflore County, where I moved in 1965, was the last place that Robert Johnson, the legendary blues man who was said to have sold his soul to the devil at the crossroads, lived.  Johnson was so important to the legend and cultural formation of the Delta that he is said to be buried in 3 different places in Leflore County.  These great blues men in lyrics, beat and sound gave voice to the pain and suffering of black folk in this land of Jim Crow and King Cotton, but their music also gave voice to defiance, hope and even joy.

White folk who dared to even slightly question the prevailing ideology of white supremacy would face social ostracization, economic sanctions, forced relocation, and retaliatory violence.  My father was a Southern Baptist pastor who served at the pleasure of the congregation.  He lived in fear that his Biblical views on race shaped by the Creation narratives of Genesis would be found out.  He saw other colleagues driven from their pulpits.  He was cautious; however, his caution gave way to fear, a fear that contradicted his deep seeded Biblical faith.  This corrosive fear led him to teach me that we had to be careful what we said about segregation.

This inherited fear is at the heart of the blues at the center of my soul.  This fear is what I had to be saved from.  This fear and the journey beyond are my songs of heartfelt blues, glimpses of hope, and salvific joy. I have learned that this inherited fear, born out of socially sanctioned political and social control, did not disappear with the progress made in this country and in my native Mississippi because of the victories of the civil rights movement and the organizing that spawned it.  While socially sanctioned political intimidation is less overt today, that fear still remains and political forces are still in play seek to limit the economic and social progress of the civil rights movement.  This remnant of the violence and fear driven social control of the past also helped create the atmosphere of extreme and overt white supremacy that led to the Massacre at Mother Emanuel.

My interior and exterior work to combat the remnants of this socially constructed system is truly my life’s work.  For all of my adult life I have worked to help to create a society where everyone benefits from the political decisions of society and where fear and apathy does not drive people away from participation in those decisions.  As an organizer with the Industrial Areas Foundation for the last 30 years, I have learned that agitating and challenging institutions and leaders to move beyond the fear of action that can lead to social isolation is at the core of my work. This hard and patient work requires attention to the struggles, interest, and life stories of the folk I engage in public life, and it requires an attention to my own interior spiritual life and to the spirit of those I share public space with.

IAF teaches planning, action and evaluation or reflection on action.  This is not simply a paradigm for institutional work of civic and political engagement, but it is also a paradigm for the interior and spiritual work necessary to combat the vestiges let loose by our societies various attempts to maintain and sanction white supremacy.

The scripture scholar Walter Bruggerman says in the first chapter of his book Hope Within History that faith and hope begins with a critique of the prevailing ideology.  He goes on to say that this critique unleashes a public processing of pain and this public processing leads to a new social imagination.  Those great musicians who hailed from the racially divided and controlled turf of my youth publicly proclaimed the pain caused by the systems of those places.  They also expressed an imagination and hope that the blues they experienced would not have the last word.

Our work, internal and external, is to boldly deal with the pain we have experienced. Together we must act to continue to construct pathways that move beyond the fear laden remnants of white supremacy.  Personally and societally we must address and face this racist past.  We must act symbolically and concretely to continue to build communities that offer participation, inclusion, and opportunity for all our citizens.